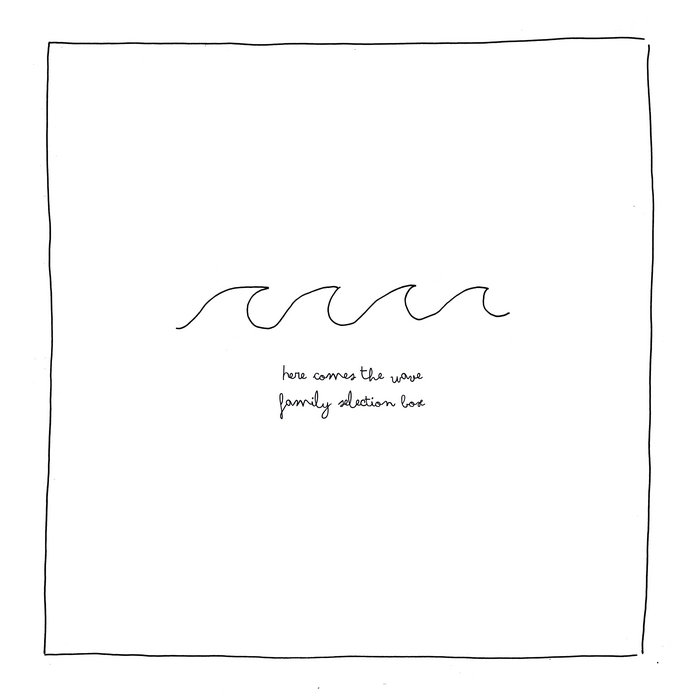 Building on the kitchen-sink narratives of its predecessor Confetti - which earned praise and airplay from BBC 6 Music’s Marc Riley - Here Comes The Wave maintains songwriter Tom Diffenthal’s fascination with everyday life shot through with a hyper-real expression of his own anxieties when coping with it.

Lead single Where Did She Go? sets the tone for the album with Lauren Dowling’s breezy vocals telling the story about the pair’s beloved cat Peggy-Sue coupling with the laid-back Lou Reed-meets-Metronomy guitars and then being used as a vehicle to deal with worry, uncertainty and a lack of direction.

The juxtaposition of the upbeat, wonky pop tunes with the considered, lyrical storytelling is also present in the likes of Trying to Forget What’s on Ur Mind and Hollywood Babylon, however the album is varied in it pacing and style.

Melancholic Car Journey Part I, as well as its follow up Part II reveals Tom and Lauren’s knack for stripping the music back and letting the strong lyrics sit at the forefront. The complex instrumentation in the swelling woodwind and brass sections of Don’t Break My Heart is grand and belies the album’s DIY methods of creation.

Tom said: “This album is about exploring the brighter side of anxiety, whether that’s worrying about the wider state of the world and its structural injustices or being panicked that your indoor cat has found its way outdoors.

“There’s also a nod to a time when my best friends were so hungover they squabbled over who had ownership over the one plastic bag they had on standby.

“It was recorded mainly at home, although £27 was spent on a rehearsal room to record drums.”

As filmmakers - with award-winning shorts under their belts as well as being resident music video auteurs for the rest of their Bingo Records label mates - Tom and Lauren are no strangers to a compelling narrative. And their work as members of Bingo stablemates and 6 music favourites Mr Ben & the Bens and Potpourri means we are all well aware of their musical aptitude.

Here Comes the Wave is a culmination of these things, and a crystalisation of an artistic vision that successfully uses the lens of familiar life to consider - often with a healthy dose of wry humour- the ways in which the ordinary can often seem funny, bleak, strange and daunting all at the same time.

This is an album about confronting things head on and looking for brightness, and invites the listener to do so as they engage with it. And much like the narrator in album closer Goodbye Wave, they will be glad they did.

Mixed and mastered by Zac Barfoot

Bandcamp Daily  your guide to the world of Bandcamp

Featuring Oakland sounds from the Smart Bomb collective and Samplelov.